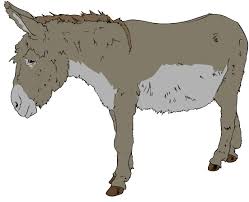 A bold title and one which I hope has grabbed your attention sufficiently so you’ll read on.  It’s true and there are also masses of other benefits too when you stop doing this.

However, you need to recognise that you’re doing it in the first place.  It’s rife, it’s a disease and it must be eliminated.

Take it from me that everybody does it – it’s human nature and in my experience working with professionals, it happens across the board – so I’m pretty sure that you’re guilty of it too.  Yes YOU.

Without this, not only are you likely to make more money, but your relationships will be healthier too.

With this, you’ll lose out on money, opportunities, business and there’ll be misunderstandings aplenty.

What I’m talking about is MAKING ASSUMPTIONS!  Remember the old adage – assume makes an ass out of you and me!  So why do we do this?  For a number of reasons:

1)  Because we imagine that others think the same as us.
2)  Because we think we know what the other person is thinking. Really?
3)  Because we do not communicate as well as we could.

Communication is a vast subject and yet in my experience, assumption is the biggest downfall and mistake that we all make, at least some of the time.
One client, who has an MSC in her subject and has 16 years’ experience as a business owner told me that until we had worked together, she thought she was a good communicator.  Now she understands that it’s a work in progress and there’s plenty of room for improvement.

She made the assumption that he would not want to pay her new daily rate as she didn’t feel that his business could support the increase.  How wrong she was!  He valued her service so highly that he did not want to lose her and was happy to pay the increased fee. This story has a happy ending and yet it could easily have gone the other way.

I hear it all the time both from clients and non-clients who make assumptions, for example, that certain prospects won’t pay their charge out rate and they think that by reducing their fees they will secure the business.  It’s not necessarily so and in any case, it sends out the wrong message.

I urge you to make a decision right now to stop making assumptions – instead ask quality, open questions to find out what the other person thinks or feels and in this way, you won’t make communication howlers.

And if you found this blog beneficial, please share it with your connections too – I’m sure they’ll be grateful that you did – though I’m not making that assumption!

And in my next article, contrary as I like to be, I’m going to explain when making an assumption is the RIGHT thing to do!